The GENEQUALITY CD-TYPE test for the determination of predisposition to celiac disease is validated not only with blood samples but also with buccal swabs and has a high negative predictive value. This means that a subject, having a negative test result, has virtually no chance of developing the disease.

What are the genetic bases of celiac disease ?

Celiac disease is a multifactorial disease with a strong genetic component. It is a chronic inflammation of the small intestine triggered by gliadin (contained in gluten) exclusively in genetically predisposed subjects. These persons do not correctly recognize gliadin due to the particular conformation of the protein assigned to its recognition. The latter consists of a heterodimer formed by an α and a β chain, encoded respectively by the HLA DQA1 and DQB1 locus on chromosome 6.

The genetic test then investigates whether one of the allelic combinations associated with predisposition is present in the patient’s genome and it is able to give an indication of the risk associated with the symptoms of the disease, which are different in adult or pediatric age.

Celiac disease can manifest itself with very different symptoms and forms which means the identification is done after a long time. It’s currentely estimated that about 70% of the cases are underdiagnosed, the lack of diagnosis cal lead to subsequent majot complications. Otherwise, as a result of a celiac disease diagnosis the patient is prescribed a gluten-free diet, which appears to be the only available treatment to date with an effectiveness in determining the complete remission of the disease. 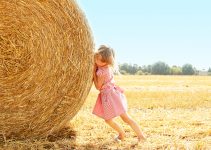